Edit
“Making you wet... one song at a time.”
Krewella 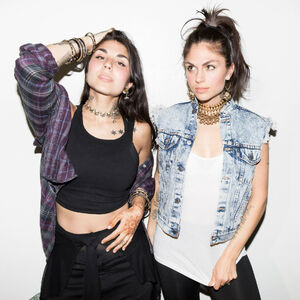 Krewella is an Electronic Dance Music group originating out of Chicago, Illinois. It was formed in 2007 and continues to produce music today. They became known around the world for their illustrious music video "Killin' It", which was an exiting, upbeat video to match the heavy Dubstep track. Several teasers were made and there was a spike in views on their YouTube channel.

Their debut extended play, "Play Hard", was released exclusively on Beatport on the 18th June 2012 and hit #1 immediately. Five days later their tracklisting was released on iTunes and reached the top 5 on the dance chart.

When they preform live, the spirit of Krewella's DJ sets is contagious and exquisite. With relentless bass and treble, strung together from their live vocals, fans find themselves raging harder than they ever have before. Recently, the trio has become very determined to not be defined by one genre alone; shown on their diverse debut album, Get Wet, which has many genres and listings.

Krewella began as a group in 2007 but did not debut until 2011. They came close to debuting many times before, but pulled the plug because they decided that their music was not good enough to release at the time. They tried everything, from playing botched shows in front of people who had no idea who they were, to the point where they were hissed off stages. They recorded a lot of really pitiable demos; “probably a couple hundred, right?” Jahan said. For onstage fitness and ability, they participated in side events like exercise, running and singing practices. Kris began producing in his grandmother’s house in the basement, and they would converge there occasionally to produce. The members were still enrolled at schools and had paying jobs at the time; Jahan was a waitress, Kris worked at an Ice-Cream parlor and Yasmine worked at a bookshop.

Rain Man, who helped establish Krewella as a successful artist, was disavowed from the group by Jake Udell. As Krewella became more successful, Kris Trindl developed a drinking problem, going into rehabilitation by attending Alcoholics Anonymous sessions. "At this time, Udell, the Yousaf sisters and others conspired to remove Kris from the group altogether," says the lawsuit. "Now that the band was successful, they figured they could always hire outside people to write and produce music for far less money than it would cost to continue splitting their income equally with Kris, as they have done (one-third to each member, $5,000,000 plus $2,000,000 for statutory damages)."

The complaint poses the band's contractual situation as "even more disorganized and mismanaged than their touring schedule," with talk of attorneys who worked despite conflicts, a drafted-but-never-signed limited liability company agreement for the band, and registrations of LLCs without a signed operating agreement.

Trindl says he missed a flight to Mexico City this past March to perform at the Electric Daisy Carnival. Thereafter, Trindl says he was ushered into a living room at Udell's home for a meeting led by an "interventionist," where others told him to go into rehab.

"But it was not rehab for drinking, because Kris was staying sober," says the lawsuit. "They demanded he go into rehab for 'depression.'"

Trindl didn't think that was necessary, but a day later, he says Yasmine and Udell told him it was time to take a break from the group and get healthy. The DJ/producer says he acquiesced, through still created new music for the group. It didn't matter, he adds. According to the complaint, "It was not Kris' health or sobriety the others were thinking about, it was all about keeping him off the road so Jahan and Yasmine could establish themselves to live audiences as a duo without Kris, so they could eventually erase him completely from Krewella and reap greater financial rewards."

At that point, attorneys began getting involved. Trindl's presence began being diminished, and after he saw a billboard of the group without his presence, he retained Dina LaPolt and litigator William Hochberg. The other side retained attorney Richard Busch. The two sides went back and forth about whether Trindl's share of live performance income should be reduced (LaPolt's suggestion) or whether Trindl should resign from the band, check himself into rehab for 60 days, and then possibly, rejoin the band if the Yousaf sisters allowed (Busch's alleged insistence).

"Busch's outrageous September 25th letter, which purported to be an ultimatum, precipitated the filing of this lawsuit," says the complaint that demands declaratory and injunctive relief plus damages for breach of contract, breach of fiduciary duty and violations of the Lanham Act. 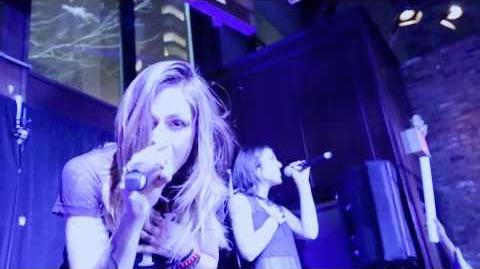 Krewella featured in the Super Bowl XLVIII halftime live ad for the official Bud Light beer franchise on February 3rd, 2014. They preformed segments of Enjoy The Ride from their debut album, Get Wet, and the advertisement garnered over one million views on its first day.

Community content is available under CC-BY-SA unless otherwise noted.
Advertisement