Rain Man was the lead producer of the electric dance music and the overall production of Krewella's musical side. He got a start in musical performance in Glenbrook North High School in Northbrook, Illinois, a suburb of Chicago, where Kris was performing in a local metal band. Kris had been programming guitar and drum parts for his bandmates, and the band would try to perform shows in surrounding suburbs each weekend, and where ever they could, from VFW halls and libraries to basements.

Rain Man was looking to do something beyond metal, and became heavily influenced and fascinated with the work of hip-hop producer Timbaland, on albums by Nelly Furtado and Justin Timberlake. He began creating his own impressions of Timbaland's beats and was eventually introduced to electronic dance music. Through Skrillex, deadmau5 and many underground music on the scene, he decided to replicate and reform his own style of the genre and distribute it into his new tracks as a member of Krewella. He is also influenced by The Doors, mostly Jim Morrison's attitude towards his music, and the easy listening vibe Kris felt from their music.

He felt as though the EDM community had “pigeonholed” Krewella with their generic classification asDubstep musicians. Kris said that “people like to put us in a box, but we just like good music… if it’s between 100 BPM to 170 BPM, we’ll figure out a way to make it work and have a good time with it.”

(NEEDS REVISION ->) He first met Jahan and Yasmine Yousaf at a frat party, and then decided to link and create a few sounds.

"Okay, so back in the day, I was makin' hip-hop beats; I was at a 'beat battle'. It was like a judged thing, like it was a winner. And I came in second place: there were like three industry judges. And the judge that picked me; two of 'em chose the other guy, one of 'em chose me, he was like "What's your name?" I was like "Blah-blah-blah..." He was like "No, your Rain Man because you got money raining down on you one day" I was like "Cool" But I kinda just liked that somebody in the industry like, noticed me, liked my stuff and gave me a Nick-Name. I always wanted to have something that... A name someone gave me, not one I made up myself"

-When questioned about how he acquired his Nick-Name

-When questioned what his favorite cuddling position was.

-When he was asked what type of women he was into.

"So I think that people save their real desires for the internet."

-How many times does Rain Man get hit on? 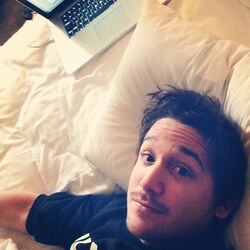 "In my bed I can pretend I'm anywhere on earth." 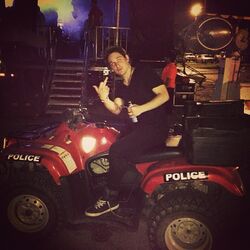 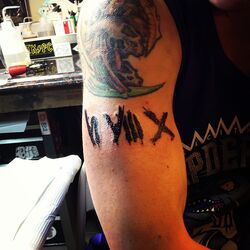 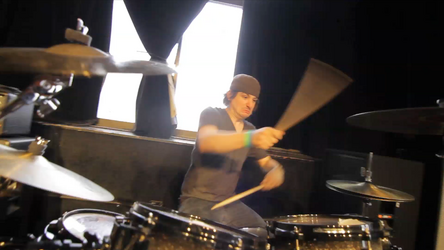 Add a photo to this gallery
Retrieved from "https://krewella.fandom.com/wiki/Rain_Man?oldid=7108"
Community content is available under CC-BY-SA unless otherwise noted.